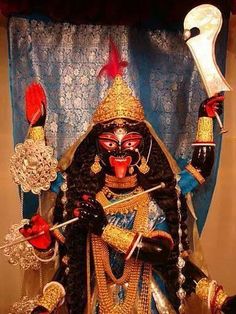 Nature and Cosmos : In Mahabharata Bala Krishna shows the whole cosmos inside his mouth to her mother Yashoda. In Hinduism it is believed that He is the holder of cosmos and Kali dances on cosmos so that every thing keeps going and the cycle of birth and death rotates. There is a deep connection between nature and cosmos to Krishna and Kali. Krishna is believed to be the holder of nature and cosmos and Kali is the cycle of birth and death of every being residing in it. 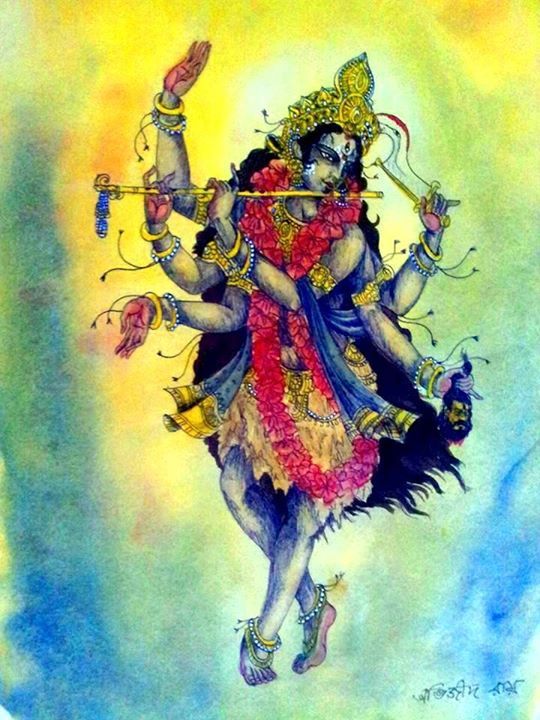 The Jagannath Idol : Jagannath of puri is considered the image of both Krishna and Dakshina Kali, Balabhadra as ‘Jyotirmayeem Tara’ and Devi Subhadra as ‘Adyasakti Bhubaneswari’. ‘Kalika Purana’ describes the four important Saktipitha and Orissa is one of them. The Dakshina Kali Temple of Puri has important religious associations with Jagannath Temple and it is believed that Daksinakali is the guardian of the kitchen of the Lord Jagannath Temple. 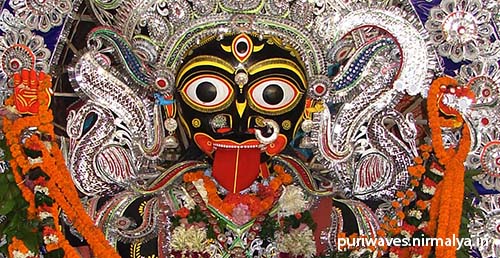 Deities with no mount : Krishna is seen with a Peacock and Kali with a Jackal. Other Hindu deities ride on their mount but Kali and Krishna never ride on them. Though  Peacock and Jackal are symbolic but it also mean both of these deities work with the other beings of nature and each of every being has their own purpose.

One thought on “Kali and Krishna”